Capt Aust would become the Last Ace of WWII

77 years ago, the fighter units of Iwo Jima attempted to fly to the Empire of Japan.

Take-off from Iwo was fairly routine. (the B-29's were a necessity for navigation over water as fighter aircraft did not have the necessary instruments to do it) A radio report had been worked out to chat about the weather on a special frequency. "Quiet" report was the term for weather report; "Angels" meant altitude;. "Soupspoon" was the word for visibility; "Quilt" was to indicate the altitude of the clouds. If the weather was good, the radio message was "Oranges are sweet"; if bad, the reverse, "Oranges are sour". 370 Miles from Iwo a well-formed weather front was visible for all to see with cumulonimbus soaring to 30,000 ft. John W. Lambert, the author of the Pineapple Air Force, is quoted here. "The navigator B-29's first advised group leaders (Thomas, 15th; Chapin, 21s; and Scandrett, 506th ) that they would begin a climb over the weather in five minutes. However, the formation was too close to the weather wall to climb from 10,000 ft., and for three confusing minutes they headed straight and level toward the enormous mass. Thomas warned the B-29 leader that "If you try to penetrate this front, this formation will blow up like a bomb. Foul weather of any sort is viewed with less alarm from the flight deck of a B-29 than from a fighter plane."

506th Book is Back! Limited inventory Now available in the 506th Cart

77 years later we finally know who all the 457th are in this photo. [credit: Cawley family]

In the costliest battle of World War II, 4,891 U. S. Marines lost their lives in the assault beginning 19 Feb 45 on Iwo 660 miles southeast of Tokyo. It soon became a haven for battle damaged or fuel short B-29s returning from Japan. From 4 Mar 45 to war's end some 2,400 Superfortresses made emergency landings at Iwo involving some 25,000 airmen in addition to those who had bailed out or ditched in the vicinity. The largest number of B-29s to land at Iwo after a single mission was on 8 Aug 45 after the attack on Yawata when 100 landed. The busiest day on Iwo was 24 Jul 45 when 197 B-29s landed after nine separate attacks over the Japanese homeland.

Iwo Jima also served as the base for four Groups and two Squadrons of the VII Fighter Command flying P-51s, P-47s and P-61s and assigned to the 20th Air Force. From Apr to Aug 45 they flew 51 escort and strike missions over Japan, damaged or destroyed 1,062 enemy aircraft and lost 114 fighters in combat. By war's end the Iwo Fighter Groups numbered over 11,000 men with 174 killed or missing in action..

It's a long way to Japan, so sit back and start her up and read about the incredible 8 hr.
plus airtime missions that the 506th endured during the closing months of WWII.

The 506th Story
The Squadrons
Pilots

The main story of the 506th FG is on the Iwo to Japan page. An attempt to tell the whole story is made on the numerous other pages referenced here including the Marine landing at Iwo Jima, historical information on the P-51 Mustang that was flown during this campaign, the arduous VLR Missions (Very Long Range) and numerous other topics, historical documents, detailed missions and surrounding areas, and pictures taken from the library of the 506th itself.

The three Squadrons (457th: 458th: 462nd:) of the Group had similar markings in different colors and also had a different series of identification numbers (457th: 500-549, 458th: 550-599, and 462nd: 600-649). The squadron markings consisted of painting the fin, rear fuselage and tail all over in a color. As shown here, the 457th was green; the 458th had dark blue diagonal stripes over the natural metal background, and the 462th was yellow. Otherwise the finish was standard in natural metal, including propeller spinner, with Olive Drab anti-glare panel.

Reunions
Air Refueling KC-135 to F-16's Slide Show 2006
Earlier in the war, VII Fighter Command P-40s and P-47s had some long range experience in both the Marshall's and Marianas campaigns, but the 15th and 21st Fighter Groups, the first of the units deployed to Iwo Jima, were equipped with P-51D Mustangs. Although used extensively in the ETO, the command had only started receiving them in December and there was no precedent for flying these aircraft to their maximum range over water. In preparation for the upcoming VLR operations, the groups flew a training mission on March 30, escorting B-29s from Iwo Jima (Map)(Satellite View) to Saipan (MAP)(Satellite View) and back. That route corresponded closely to the 1,500 mile round trip to Japan and provided the fighter pilots valuable experience in escort formations, using the B-29's for homing and navigation information, and physically coping with the stress and anxiety of a seven and a half hour over water flight in the cramped cockpit of an aircraft with notoriously poor ditching characteristics. While the enemy's air arm was in decline, a new threat had emerged that threatened for awhile to halt all B-29 operations - the Kamikaze. pilots seemed unstoppable as they flung their aircraft in suicide missions against targets in the air or on the surface. Even if hit repeatedly by the bomber's gunners, they were often able to maintain enough control of their aircraft to crash into a vulnerable Superfortress. A small, volcanic island a little more than five miles long and barely two miles across was the answer to both of these problems.

From its inception, the plan to seize Iwo Jima (Map)(Satellite View) had two goals: providing a haven for damaged B-29s and establishing a base for AAF fighters that could escort the bombers. The Marianas (MAP) gave the Superforts a home 1300 miles from Tokyo. But no fighter of that day could make such a round trip. It was, however, theoretically possible for the North American P-51D to fly from Iwo Jima to Tokyo and other southern cities in Honshu, but it was by no means a routine flight. The Mustang had proved itself over Europe on five and six hour missions that covered 1200 to 1300 miles. However, the Empire run was entirely over water. After navigating nearly 650 miles to the coast of Japan on rigid cruise control, these pilots would be expected to drop their auxiliary tanks, engage an enemy, and return over the same empty ocean to find Iwo Jima. A mistake of a degree in navigation spelled disaster. Engine trouble, fuel starvation or battle damage requiring a parachute jump would, likewise, force a pilot into the vast Pacific.

The veteran Seventh Fighter Command had trained for this very long range (VLR) role, and its 15th and 21st Fighter Groups had been equipped with the P-51 D in Hawaii. Ground echelons landed on Iwo Jima as the battle raged. The first Mustangs (15th Fighter Group) arrived from Saipan (MAP)(Satellite View) at Airfield No. 1, below Mt. Suribachi (Satellite View), on 6-7 March 1945 and immediately began close support for the Marines plus interdiction missions to surrounding islands of the Bonin Islands (Map). Airfield No. 2, was cleared and the 21st Fighter Group advanced to Iwo Jima on 25 March. The island had been declared "secure," and the Marines were withdrawing. But Japanese soldiers still lurked in the labyrinth of underground structures, and in the pre-dawn of 26 March 1945 some 300 of them struck the camp of the 21stst Fighter Group and the nearby 549th Night Fighter Squadron. Pilots and ground crews fought with pistols and Carbines until a contingent of troops arrived to help annihilate the enemy force. Even before flying a combat mission, the aviation units had lost 16 killed and 50 wounded (read more).

The first VLR mission to Tokyo was conducted on 7 April 1945 by 96 P-51s which escorted 103 Superforts of the 73rd Bomb Wing. As Japanese fighters engaged the raiders, over 300 aircraft converged in the sky above Honshu. Flak claimed two bombers and fighters downed another, but the Mustangs scored heavily claiming 21 victories, six probable and six damaged for the loss of one of their own. Returning P-51 pilots logged seven and one-quarter hours and were so cramped from confinement that they had to be assisted from their cockpits The arduous effort had been a historic operation, but one that had to be duplicated again and again until 14 August 1945, the last VLR mission.

In May 1945 the Mustang equipped 506thth Fighter Group arrived from the States where they had trained for VLR operations. By this time Japanese defenders rarely attacked the B-29s in daylight and almost never engaged the Mustang escorts. Determined to hunt down the enemy air units, the AAF directed P-51 squadrons to begin flying alternate escorts and low-level fighter sweeps. As strafing missions began, the loss of Mustangs increased. Many small caliber AA guns ringed Japanese airfields and the liquid-cooled Merlin engine of the P-51 was vulnerable to damage that would cause any loss of coolant.

However, the worst enemy of the Mustangs was weather. Towering fronts encountered between Iwo Jima and Japan had forced the return of some missions. The one of 1 June 1945 was an exception. Led by B-29s as navigators, all three P-51 groups plunged into a severe weather complex en route to Honshu. Twenty-seven Mustangs and 24 pilots were lost.

Despite the multiple perils of the VLR missions, joint AAF-Navy planning had established a remarkable Air Sea Rescue (ASR) system that saved hundreds of B-29 and P-51 crews. Rescue units were positioned all the way from Iwo Jima to just off the coast of Honshu. The rescue operation included U.S. Navy submarines (known as the Lifeguard League) and destroyer-escorts stationed at specific map references. ASR aircraft included B-29s patrolling offshore, both Navy and AAF Catalina's, B-17 Flying Fortresses with life boats, and Navy Privateers P-61 night fighters also located strays with radar and accompanied them back to base. These efforts paid off as dozens of airmen were plucked from the ocean.

Iwo Jima's Mustangs achieved their primary goal of driving Japanese fighters from the defense of Honshu. After May 1945 B-29 losses to Japanese fighters were extremely rare. The second goal, the total destruction of Japanese air power, was thwarted only by the enemy's deceptive efforts. They avoided combat in most cases, husbanding their remaining air units for the expected invasion. But in the end, the Allies enjoyed virtual air supremacy over the Empire.

The Squadrons still thrive today by a active reunion held once a year in which all the surviving (and now second & third generation family members) gather to renew there friendships and memories of a time of duty to country and to remember those that sacrificed their lives so that others may live another day with freedom.

The 2017 reunion was held in New Orleans and was highlighted to a trip to the National World War II Museum. 27 people attended, including 506th veterans Abner Aust (457th FS pilot), Bill Ebersole (462nd FS pilot), Henry Manns (457th FS ground crew). The wife of 457th FS pilot Larry Grennan, Barbara Grennan was also present as well as Bill Ebersole's wife, Anna. children, grand children, and friends of the 506th Fighter group all came together for the event and had a wonderful time, sharing stories, talking to the vets, and exploring the city of New Orleans.

Picture of the Month 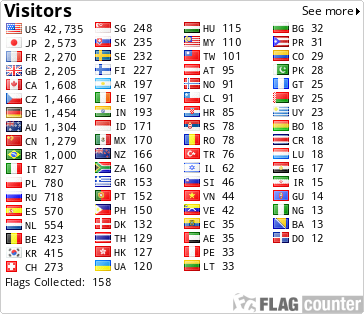